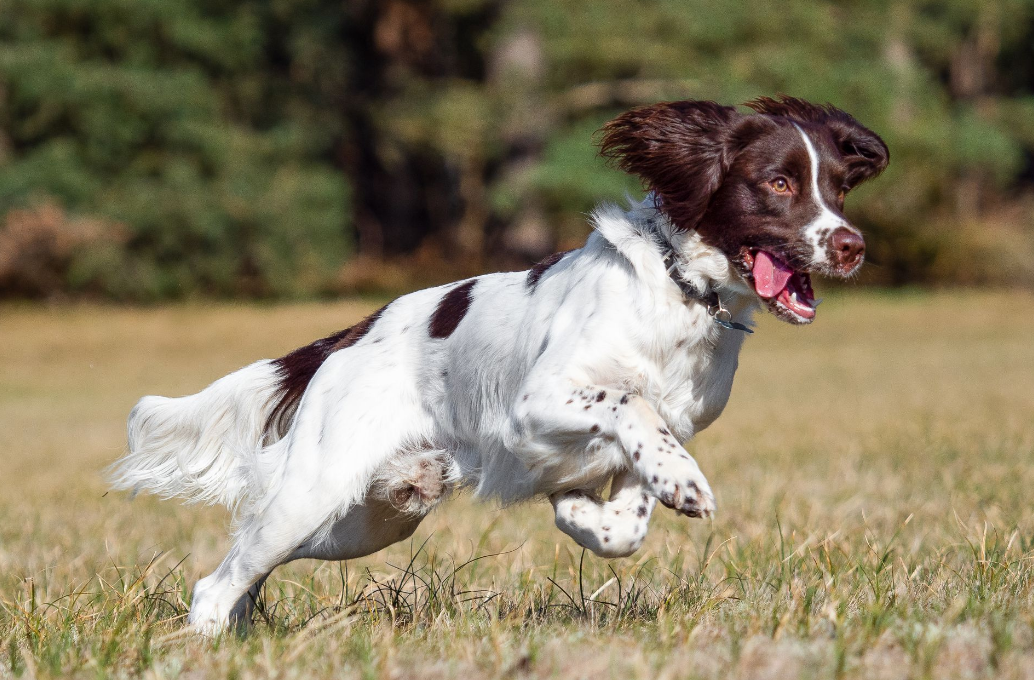 Regularly checking the ears of your spaniel is an essential part of proper English Springer Spaniel care, because some specimens are highly prone to ear infections. If your dog has suffered from several ear infections, you should discuss the problem with a qualified vet. You spaniel might need to have its ear canals cleaned weekly with a special solution that will make the ear acidic. An acidic environment is known to be inhospitable for yeast and many types of bacteria. You can carry out this type of English Springer Spaniel dog care yourself in your home; it is not difficult at all. Keeping the hair around the ears trimmed is also recommended if you have a sensitive spaniel.

The English Springer Spaniel price varies from breeder to breeder, and the most important thing is to find out what you actually get for your money instead of simply comparing the numbers and buying the cheapest available puppy. You should for instance find out whether or not the breeder has paid to have the puppy examined by a vet, vaccinated and de-wormed, or if you will have to pay for this yourself.

The Chinese Shar-Pei is a breed of dog native to the Guangdong province where it was used as a fighting and guarding dog.

The Beagle is a medium sized dog breed belonging to the hound group.

The Brittany dog was originally bred for hunting and is an excellent bird dog.

The Bulldog, also known as the English Bulldog or the British Bulldog, is a docile, friendly and loyal dog that hails from British fighting dogs.